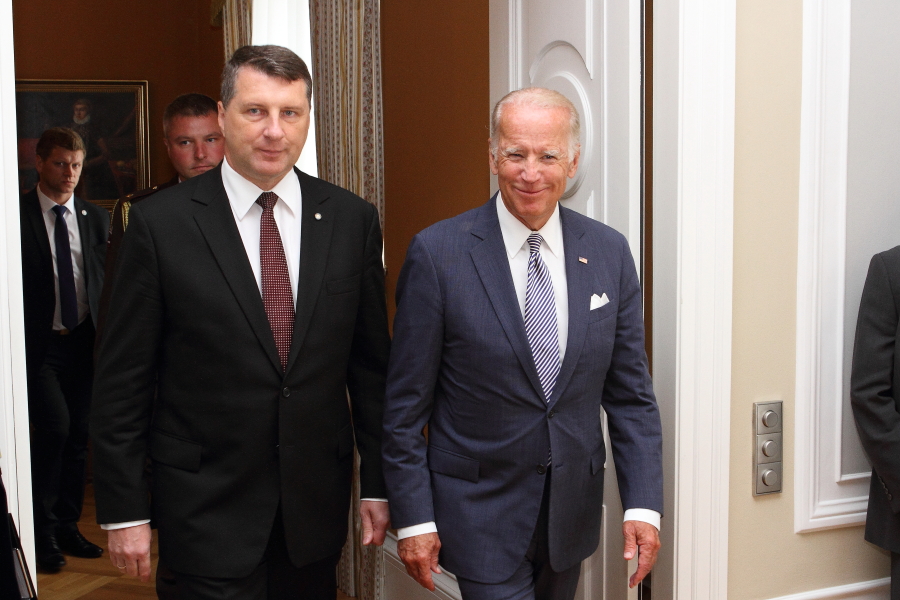 The Vice President met with President of the Republic of Latvia Raimonds Vējonis in Riga today. The two leaders welcomed the decisions taken at last month’s NATO Summit in Warsaw to strengthen security along the Alliance’s eastern border, and the Vice President emphasized the ironclad U.S. commitment to Article 5 of the Washington Treaty. The Vice President also welcomed the progress Latvia has made in improving its national resilience, including its efforts to liberalize the gas sector, and reduce illegal activity in the banking system.