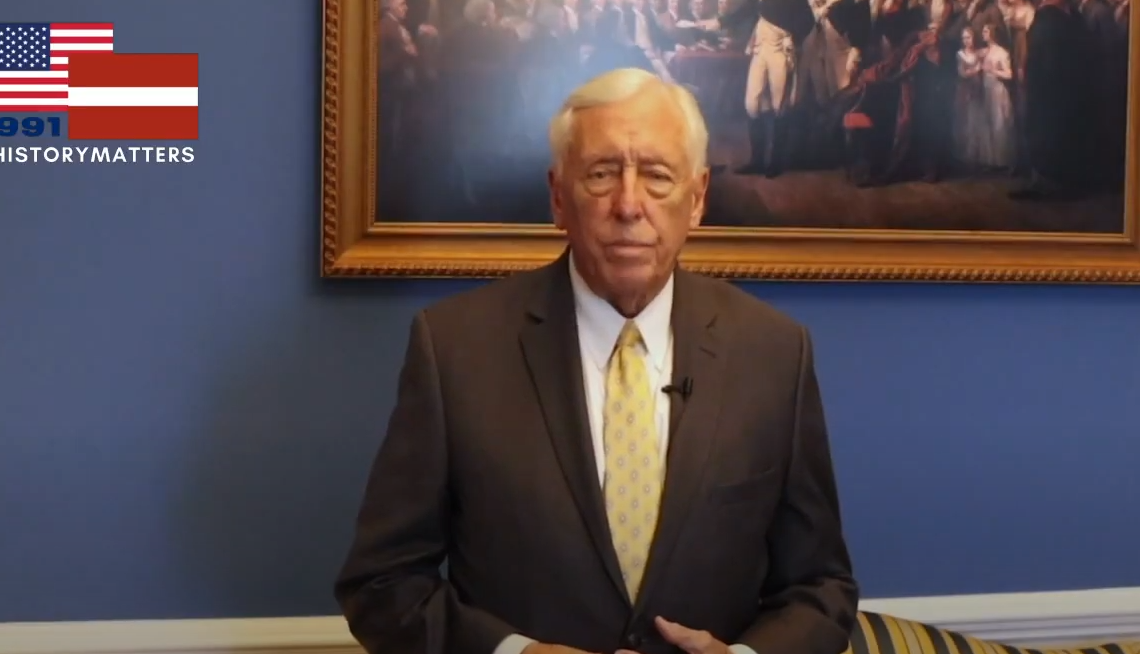 Thirty years ago I was honored to lead a Congressional delegation to Latvia and other Baltic states in a moment of uncertainty and peril for democracy and self-determination.

In Riga I saw firsthand the yearning for freedom after decades of Soviet occupation and communist rule. I was proud to bring the well wishes of the U.S. Congress and the American people, who had never abandoned the Baltic nations in their long quest for independence.

Just as the historic Baltic Way two years earlier had shown the resilience of people to demand freedom and self-determination, our visit demonstrated that the global community and the free world would not abandon you. Today as NATO allies and steadfast partners, the United States and the Baltic states, will continue to stand together in defense of those principles of freedom and independence.

We will confront expansionist aggression from Russia, and preserve the peace and security of Europe, and
the independence of Baltic States that struggled for so long to chart their own future.