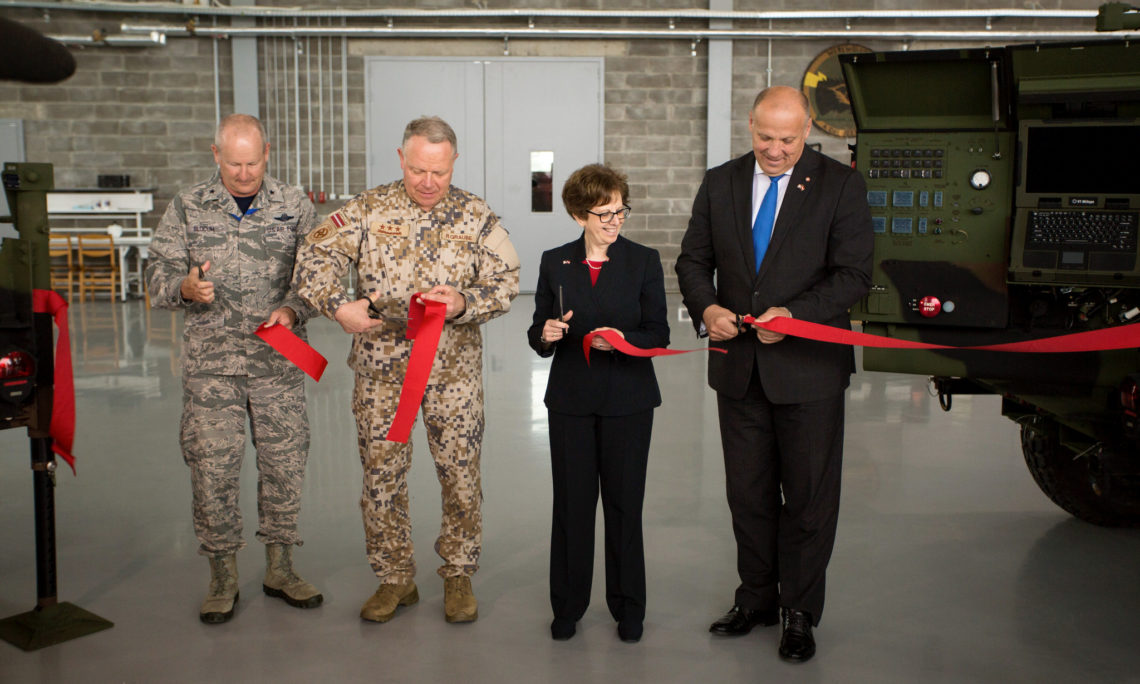 Riga, August 9, 2016 – On Friday, August 5th, the second shipment of two AN/MPQ-64F1 Sentinel Ground-Based Air Defense (GBAD) Radar systems was delivered to Latvia as part of the European Reassurance Initiative (ERI). The first two radars and support equipment were delivered in June 2016. The total value of this procurement was over $22M and it included four Sentinel radars, HMMWV vehicles and trailers, as well as operator and maintainer training.

During the official delivery ceremony for the first two radars, the Chief of Defense of Latvia Lieutenant General Raimonds Graube said, “Today we open a new page in the history of improvement of our defense capabilities. Here you can see a modern, 21st century capability that will be a significant improvement to Latvia’s air defense capability development.” Minister of Defense Mr. Raimonds Bergmanis emphasized that this delivery serves as a reminder that Latvia, as a member of NATO, does not stand alone.

The AN/MPQ-64 F1 Sentinel is an all-weather, three-dimensional, phased array system that operates in the X-band to automatically detect, track, identify, classify, and report airborne threats, including helicopters, high-speed attack aircraft, cruise missiles, and unmanned aerial vehicles. The Sentinel radars will be connected with Latvia’s existing man-portable air-defense system RBS-70 systems which are used for defense of critical infrastructure, air defense, as well as support for military units in combat.
Photo: The ceremony presenting Sentinel radars to Latvia on June 17: https://www.flickr.com/photos/latvijas_armija/sets/72157669959764766/