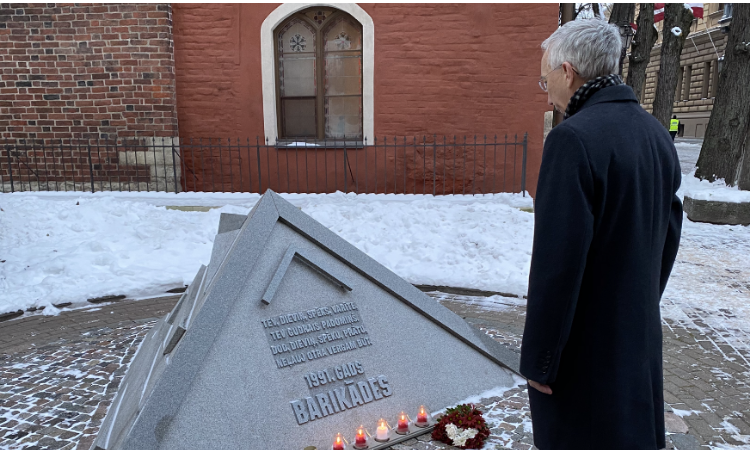 On January 13, 1991, tens of thousands of Latvians peacefully took to the streets of Riga to erect barricades and defend Latvia’s fledgling independent, democratic institutions in the face of threats from Soviet forces. Seven Latvians lost their lives during the tense two-week standoff, but the Soviets failed to intimidate the defenders and ultimately withdrew from the confrontation.

I am humbled by the courage of the men and women who filled the streets that January, and the many who stood on the barricades or arrived with logging trucks, tractors, and snowplows to protect the heart of Riga. United in their yearning for liberty, their bravery was a powerful moment in the long struggle to reject the Soviet Union’s illegal annexation, occupation, and repression of the Baltic states.

In the decades since, Latvia has demonstrated its steadfast commitment to freedom and democracy, standing alongside the United States and NATO Allies and supporting the democratic aspirations of its neighbors and others around the world.