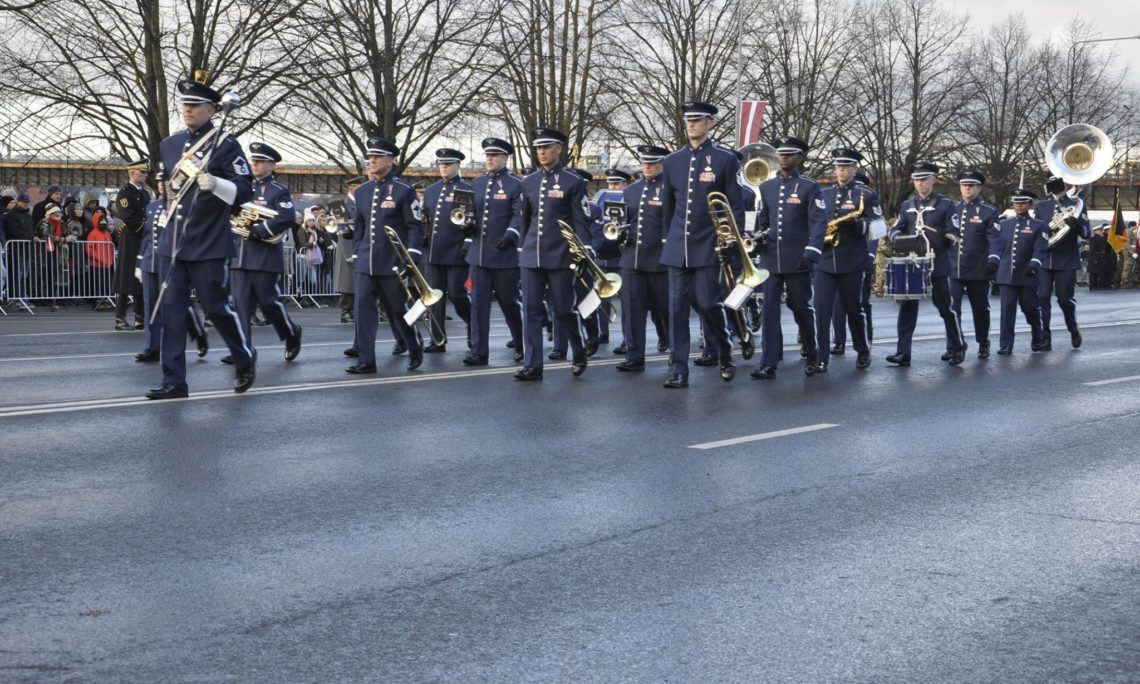 Riga, November 16, 2018 – To honour the centenary of Latvia, the The United States Air Forces in Europe (USAFE) Band will take part in the parade of Latvian National Armed Forces in Riga on November 18. The orchestra will also perform a concert in Jumprava Culture House on November 19 at 16:00. Entrance to the concert is free of charge.
The concert in Jumprava is organized by the United States Embassy in Latvia and the Jumprava Culture House at LdNKC.
On November 20, the Five Star Brass Quintet of the USAFE Band will visit Ogre 1st Secondary School and Junior High School, and the orchestra’s Winds Aloft Woodwind Quintet will visit Kauguri Secondary School and Lielupe Elementary School.
The USAFE Band has reassured America’s allies throughout Europe with the Universal Language of Music for 73 years. Building partnerships and maintaining military traditions throughout 104 nations in Europe and Africa, the USAFE Band serves as cultural ambassadors across two continents in more than 400 missions annually.
The USAFE Band has performed for presidents, kings and queens, heads of state, religious leaders, ambassadors, diplomats, military members, and millions of public audiences since World War II. The band continues to inspire the citizens of NATO, coalition, and partner nations with a sense of confidence in America’s commitment to a strong cooperation based on mutual trust and respect.