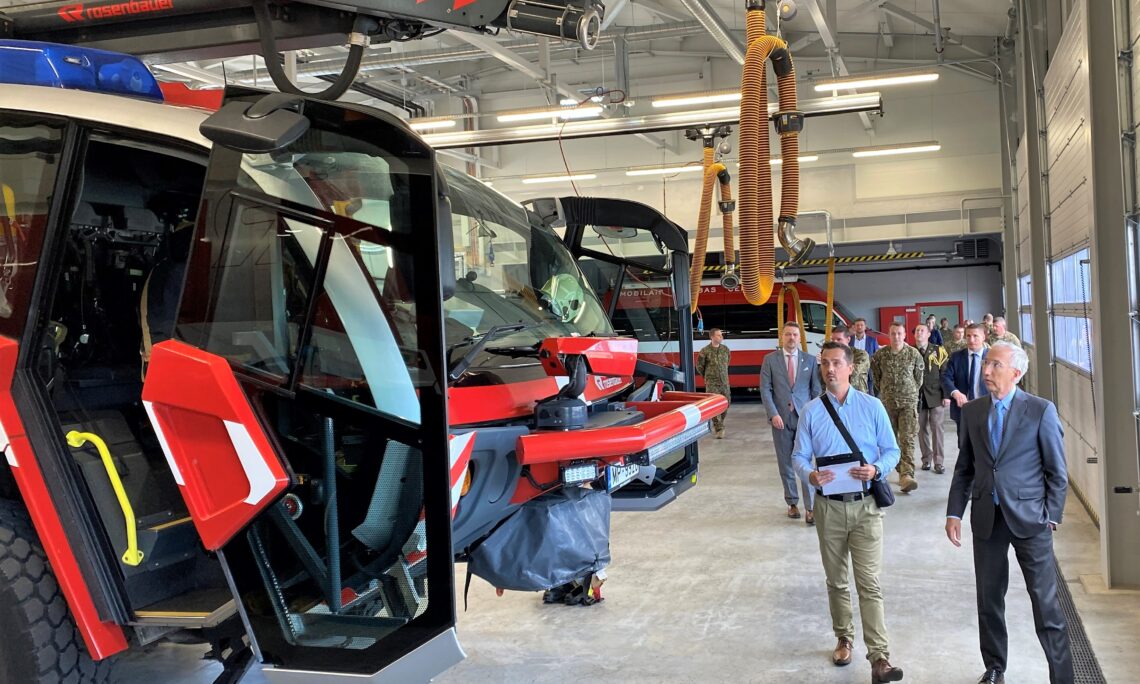 Construction of the $2 million project began in May 2018 and was completed earlier this year. The U.S. Air Forces in Europe – Air Forces Africa (USAFE-AF)-funded European Deterrence Initiative (EDI) project was awarded to construction company “Mitnija.”

The fire station includes bays for five fire vehicles, a residential area for the firefighters, an administrative area for offices and training, service and operational areas, as well as storage spaces. The completed project provides facilities for Latvian Air Force firefighters and has contributed to the goal of making Lielvārde Airfield a fully-developed NATO airfield.