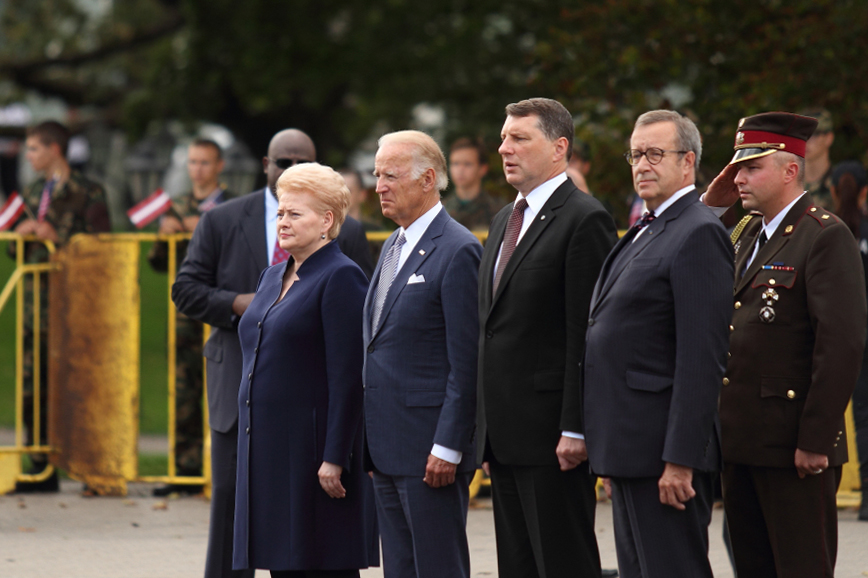 Vice President Biden, Lithuanian President Grybauskaite, and Estonian President Ilves participated in a Baltic Summit hosted by Latvian President Vejonis in Riga today, on the 27th anniversary of the Baltic Way. The Vice President underscored the U.S. commitment to the security of the Baltic States, and the leaders agreed on the importance of continued and enhanced cooperation, especially in security matters, agreeing on a joint declaration addressing these issues. The Vice President stressed the importance of expanding regional collaboration, including on infrastructure and energy projects, border security, cyber security, and countering propaganda. The leaders expressed strong solidarity with the people and democratically-elected leadership of Turkey, a NATO ally, in the wake of the July coup attempt; and the Vice President reiterated his condemnation of the recent terrorist attacks in Gaziantep, Bitlis, Van, and Diyarbakir. The summit demonstrated the strength of U.S.-Baltic ties, which are built on the foundation of shared values including support for democracy, human rights, free markets, and the rule of law. Additional details can be found in the fact sheet detailing the cooperation between the United States, Latvia, Estonia, and Lithuania.