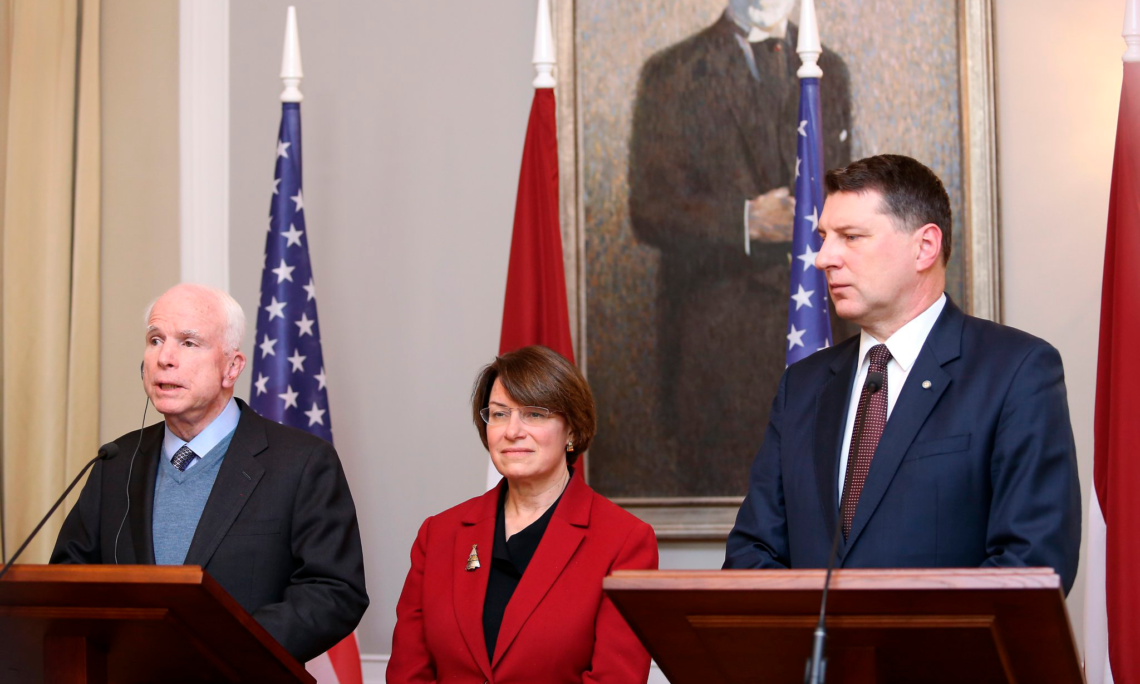 While in Latvia, the delegation will meet with the President of Latvia Raimonds Vējonis, Defense Minister Raimonds Bergmanis, Foreign Affairs Minister Edgars Rinkēvičs, and representatives of the Parliament, including the Parliament Speaker Ināra Mūrniece.

U.S. Senator Lindsey Graham was elected to the U.S. House of Representatives from South Carolina in 1994 and to the U.S. Senate in 2002. He is a member of the Senate Committees on Armed Services, Appropriation, Budget, and Judiciary.

U.S. Senator Amy Klobuchar was elected to the United States Senate from Minnesota in 2007. She is a member of the following committees: Judiciary; Rules and Administration; Joint Economic; Commerce, Science, and Transportation; Agriculture, Nutrition, and Forestry; as well as the Steering and Outreach Committee. She is also a member of the Senate Ukraine Caucus.

NOTE TO THE EDITOR:

The delegation will participate in press conference at the Latvian President’s Palace on December 28 at 14:30 pm. There will also be a photo and video opportunity at 1 pm. For accreditation to the press conference, please contact the President’s Chancery at 67092132, 29404124, ilze.salna@president.lv.