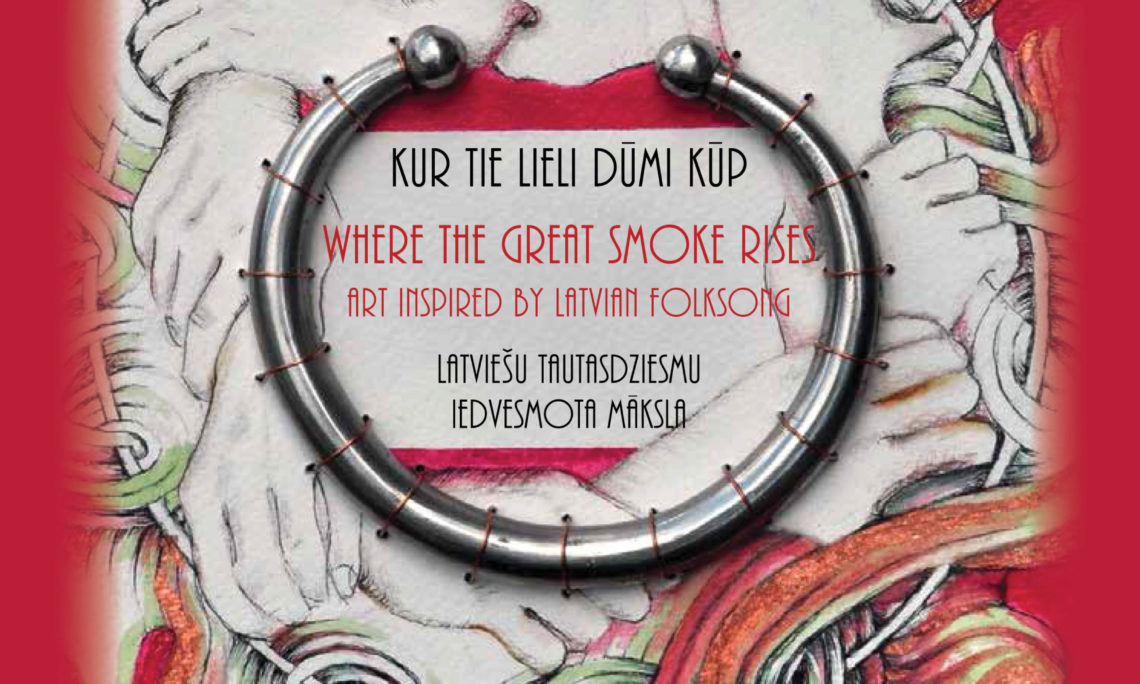 Riga, June 26, 2017 – The United States Embassy in Latvia is proud to announce the opening of the “Where the great smoke rises. Art inspired by Latvian folk songs” multi-media art exhibit by Florida artist Deborah La Grasse at the Latvian National Library’s JFK Reading Room, June 28 at 5:30 p.m. The exhibit will be open to the public June 30 to September 30.

The exhibit examines how symbolism, myth, and legend in the rich traditions of Latvian dainas and Art Nouveau architecture can provide inspiration for creative thinking and art making today. She draws from themes that are common across cultures between folklore and mythology, architecture and symbolism.

About the artist: Deborah La Grasse was born in Gainesville, Florida and received her Bachelor of Arts in Drawing and Painting from the University of Florida and a Master of Fine Arts in Sculpture from Southern Illinois University. She has taught both sculpture and architectural design for over 30 years, and currently teaches beginning design in architecture at Florida Agricultural & Mechanical University in Tallahassee, Florida. La Grasse’s work has been featured in exhibitions and collections nationally and internationally. Her interest in creating cultural dialogues has led her to teach in universities, facilitate workshops and conferences, and participate in artist residencies in Latvia, Bosnia and Herzegovina, Peru, India, and the United Kingdom.

“After spending the summers of 2013 and 2014 in Latvia I began to witness the country’s ongoing efforts to nurture and assert its unique identity by preserving and celebrating its extraordinary artifacts”, said La Grasse.