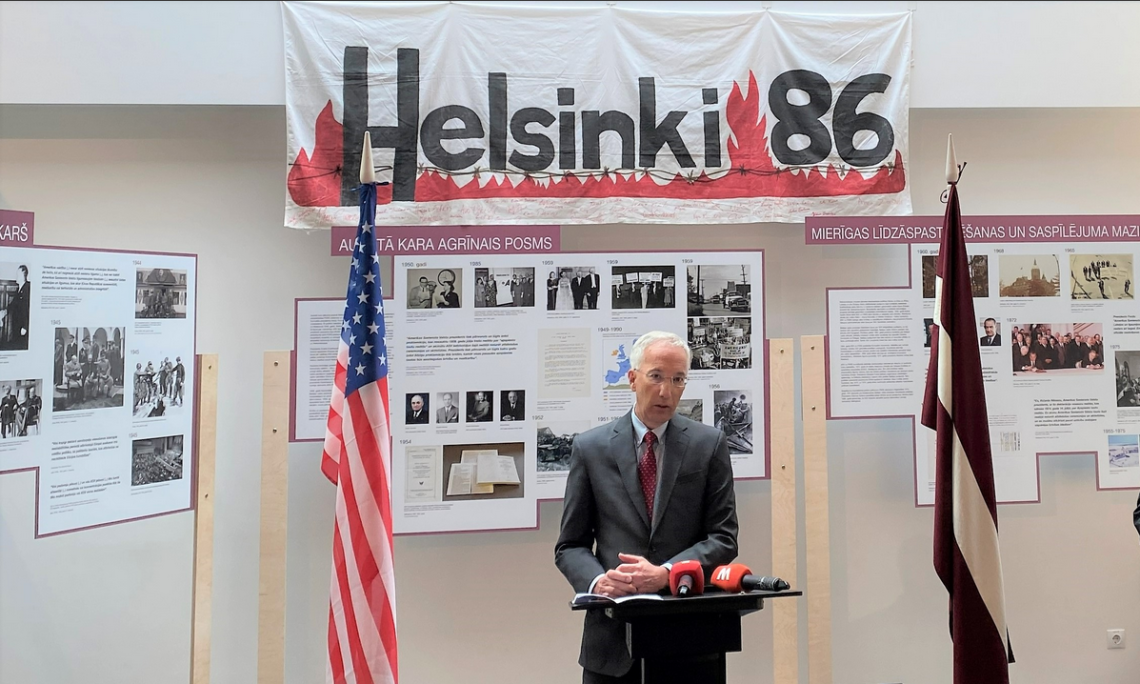 Riga, June 10, 2022 – U.S. Ambassador to Latvia John Carwile took part in the opening event for a new U.S. Embassy-supported exhibition at the Latvian Museum of Occupation: “The USA: A Safe Haven when the Homeland is Occupied, 1940-1991.” The exhibition is part of the Embassy’s celebration of the 100th anniversary of U.S.-Latvia diplomatic relations.

The exhibit tells the story of American support for Latvia during the occupation, from the signing of the Sumner Welles declaration on July 23, 1940, to the announcement by President George H. W. Bush that diplomatic relations have been restored with the Republic of Latvia on August 31, 1991.
Exhibit materials highlight the American Latvian community and its fight to restore Latvia’s independence, as well as the successful operation of various exile organizations and the Latvian Legation to the United States. The exhibition will be on display at the Museum of the Occupation of Latvia from June 10 to September 30 and is open to the public.

“I am proud that the United States played a role in the history documented in this special exhibit. Thank you to the Museum of Occupation for your partnership and for ensuring that these stories are told. We also thank all those who sacrificed for many decades to bring us to where we are today: two independent, sovereign nations that stand with each other in defense of liberty,” said Ambassador Carwile.