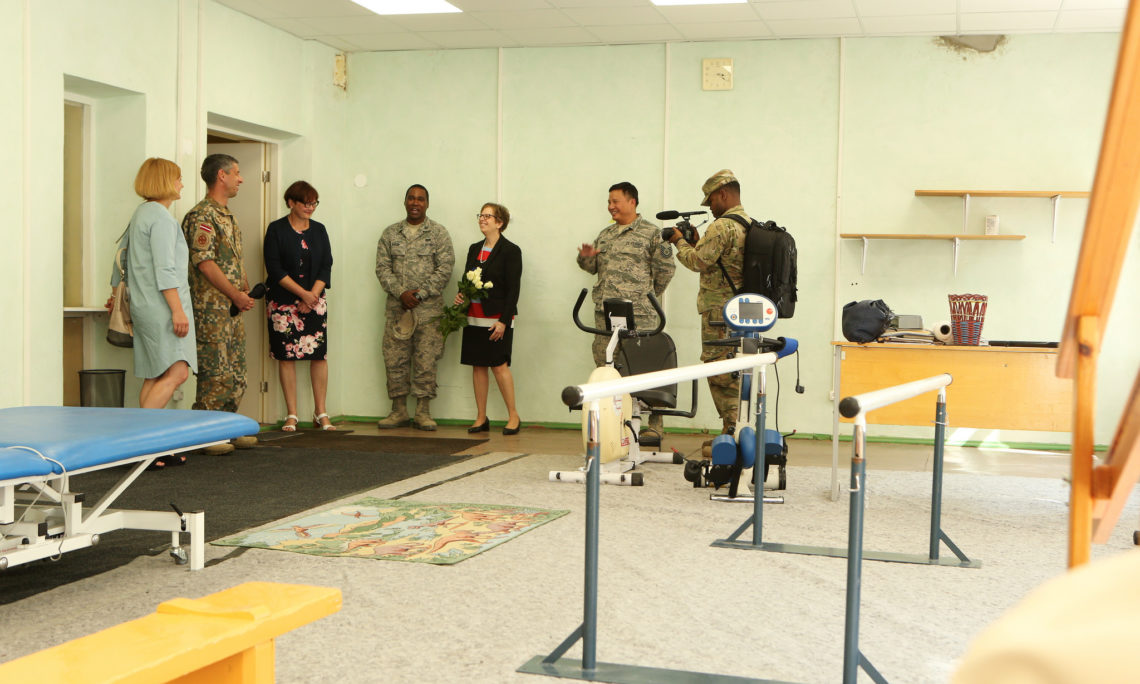 Riga, August 11, 2017 – The United States European Command (EUCOM), in partnership with the U.S. Embassy Riga, U.S. Air National Guard, the Latvian National Armed Forces and the “Mēs esam līdzās” Rehabilitation Center have completed a humanitarian-civic assistance (HCA) project at the “Mēs esam līdzās” Rehabilitation Center. To mark the conclusion of the project the U.S. Embassy and local authorities will hold a closing ceremony on August 15 at 13:00.  The project which was proposed by the director of Rehabilitation Center is funded by EUCOM’s Civic Engagement Program and valued at $136,125.00.

Military engineers began work at the site on June 26.  U.S. Air National Guard troops from U.S. Virgin Islands, Alaska, Washington and Florida together with military engineers from the Latvian National Armed Forces replaced the existing old windows, water pipelines, heating, and electrical systems to provide a better environment for the children visiting the center for rehabilitation services. To provide a quality control in accordance with Latvian construction law SIA Koger Vide, a local contractor, was selected through competitive bidding to supply the materials and provide the technical expertise. Additionally, SIA Koger Vide conducted the necessary demolitions and site preparation.

From 2013 to 2016 EUCOM and the U.S. Embassy’s Office of Defense Cooperation (ODC Latvia) have completed a total of five HCA projects totaling to approximately 700,000 USD. In Aluksne, windows were replaced at E. Glika High School; in Ogre, the roof was replaced and insulated at Ogre 1st High School; in Adazi, a new fence was installed around Adazi High School; in the Daugavpils region, the Naujene Orphanage was reconstructed; and most recently – in Silmala, a façade was insulated at the Silmala Kindergarten. All of these projects have been supported by military engineers from the Latvian National Armed Forces.

Media is invited to attend the ribbon cutting ceremony for the HCA project at the “Mēs esam līdzās” Rehabilitation Center at 13:00 on 15th August 2017. For more information about the project, please contact the U.S. Embassy’s Public Affairs Section.