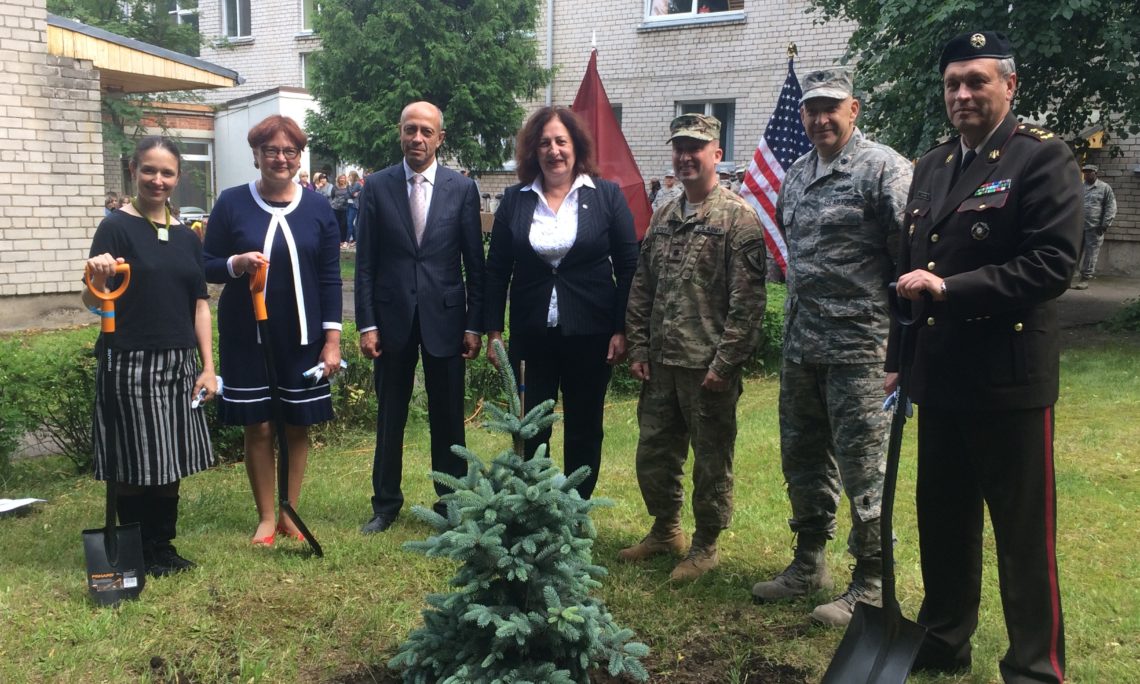 Riga, June 26, 2017 – The United States European Command (USEUCOM), in partnership with U.S. Embassy Riga, U.S. Air National Guard, and the Latvian National Armed Forces, will hold a kick-off ceremony on June 27 at 15:00 to mark the beginning of the renovation at “Mēs esam līdzās” Rehabilitation Center. The humanitarian-civic assistance (HCA) project will replace existing windows, water pipelines, and heating and electrical systems, and will be led by U.S. and Latvian military engineers. The project is scheduled to conclude by mid-August 2017.

With the help of donations from the U.S. Michigan National Guard, the Center developed a plan to improve its facilities designed for children’s rehabilitation services.  The USEUCOM’s Civic Engagement Program funding will pay for new windows, water pipelines, and heating and electrical systems.

The U.S.-funded project work is performed by military engineers.  A local contractor, SIA Koger Vide, selected through competitive bidding, will supply tools and materials, as well as technical expertise and quality assurance in accordance with Latvian construction law.  Projects like these provide training opportunities for both U.S. and Latvian military engineers, as well as a tangible benefit to the local population. The U.S. troops have an opportunity to maintain their operational skills and to work alongside Latvian National Armed Forces. U.S. Air National Guard units from different states participate in projects like these all over the world.

From 2013 to 2016, the U.S. Embassy’s Office of Defense Cooperation (ODC Latvia) completed the following five HCA projects: Replacement of Windows at E. Glika High School (project value: $130,000) in Alūksne; Roof Replacement and Insulation at Ogre 1st High School ($106,400); Installation of Fence Around Ādaži High School ($92,470), Reconstruction of Naujene Orphanage in Daugavpils region ($195,000) and most recently, the façade insulation at Silmala Kindergarten ($154,200). All of these projects were supported by military engineers from the Latvian National Armed Forces.