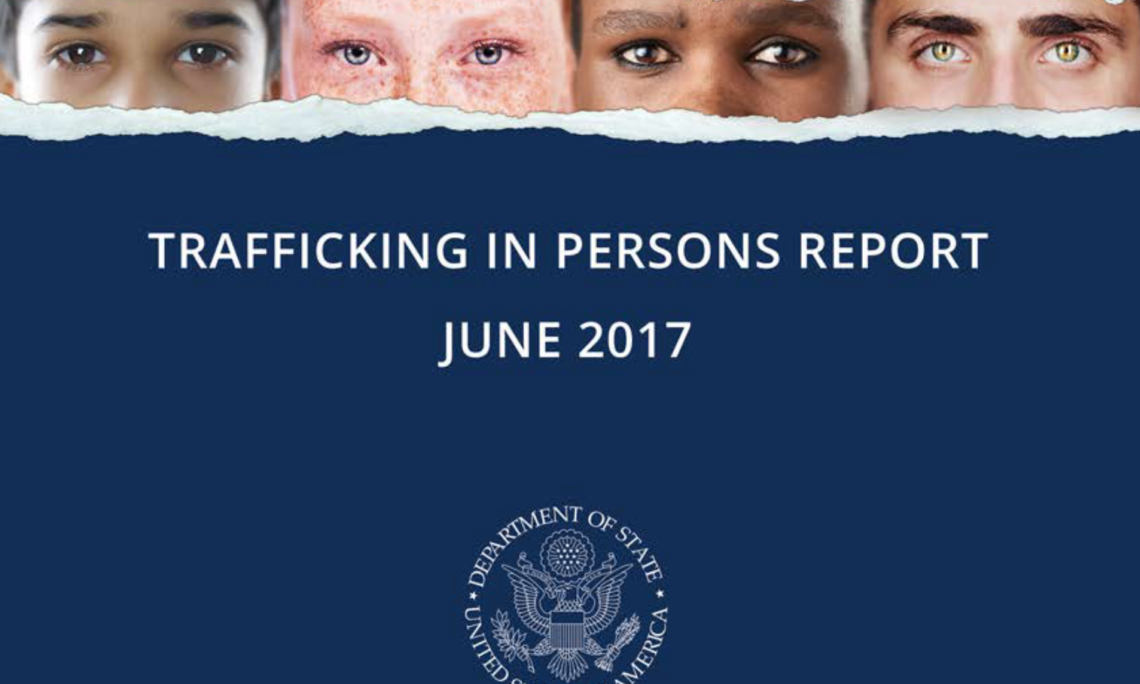 Riga, June 28, 2017 – On June 27, U.S. Secretary of State Rex Tillerson released the 2017 Trafficking in Persons Report.  This year, Latvia was placed in Tier 2, which is the same ranking as last year.

The 2017 Trafficking in Persons Report finds that the Government of Latvia is making significant efforts to comply with the minimum standards for the elimination of trafficking according to the Trafficking Victims Protection Act, although the government does not yet fully comply with these standards. The report notes that the Government of Latvia improved its anti-trafficking efforts by certifying more victims for the state-funded victim assistance program, leading two international anti-trafficking projects, and initiating the first investigation of forced labor trafficking within its borders in at least five years. Latvia continues to be a regional leader in identifying and preventing sham marriages that put women in highly vulnerable situations, including cases of trafficking.

The 2017 report states, however, that these robust efforts did not meet the minimum standards in several key areas. Specifically, courts continued to give convicted traffickers lenient sentences, often resulting in no jail time, and government officials lacked sufficient knowledge of trafficking indicators impairing victim identification.

The report includes specific recommendations for the Government of Latvia to improve its efforts in fighting human trafficking. These recommendations include increasing efforts to investigate and prosecute trafficking cases under the trafficking statute (Section 154-1 of the Latvian Criminal Law) and imposing criminal penalties on convicted traffickers that are commensurate with the severity of the crime committed.  The report also recommends that the Government of Latvia increase efforts to proactively identify victims, particularly minors in the state welfare system induced into commercial sex and labor trafficking; increase training for police, prosecutors and judges on all forms of trafficking; and fully fund and implement the 2014-2020 National Anti-Trafficking in Persons Program.

The full text of the 2017 Trafficking in Persons Report is publicly available at http://www.state.gov/j/tip/rls/tiprpt/ To read the report narrative about Latvia in Latvian, please follow this link: https://lv.usembassy.gov/lv/our-relationship-lv/policy-history-lv/trafficking-in-persons-lv/.