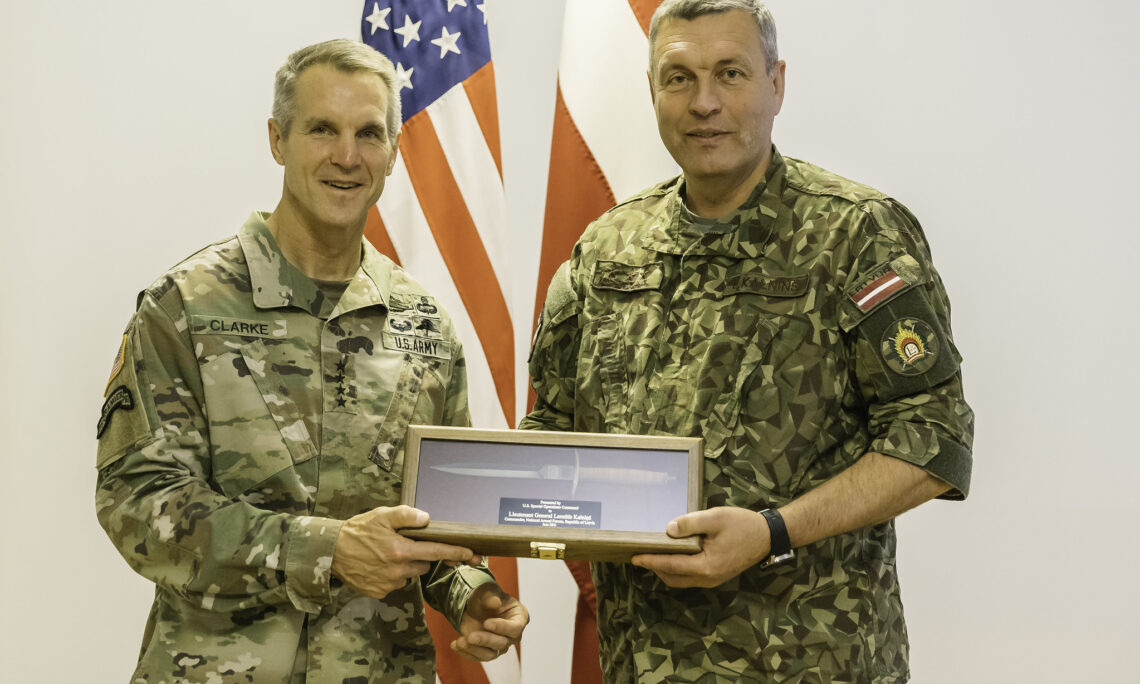 “I want to thank Defense Minister Dr. Pabriks, Defense Chief Lt. Gen. Kalnins and the Latvian special operations community for welcoming us today and for their efforts by our side throughout the years,” Clarke said. “Latvia’s work to enhance regional security and their regular training together with U.S. special operations forces is invaluable. They are a strong NATO ally and we share many of the same security concerns. The more we work and train together, the more effective we’ll be in ensuring a safe, free, and prosperous Europe.”

Clarke’s visit underscores the U.S. government’s commitment to special operations cooperation in Latvia. In November of 2020, U.S. Ambassador John Carwile and Latvian military leaders opened a new special operations base in Riga, allowing U.S and Latvian special operations troops to expand operations in the Baltic region. The U.S. contributed $3.7 million to the base project through the European Deterrence Initiative, the Pentagon program that funds efforts aimed at preventing aggression on NATO’s eastern flank. Another project nearing completion in Latvia is a new facility to increase the amount of gear and personnel that can move into the Baltic state for exercises or in response to a crisis.